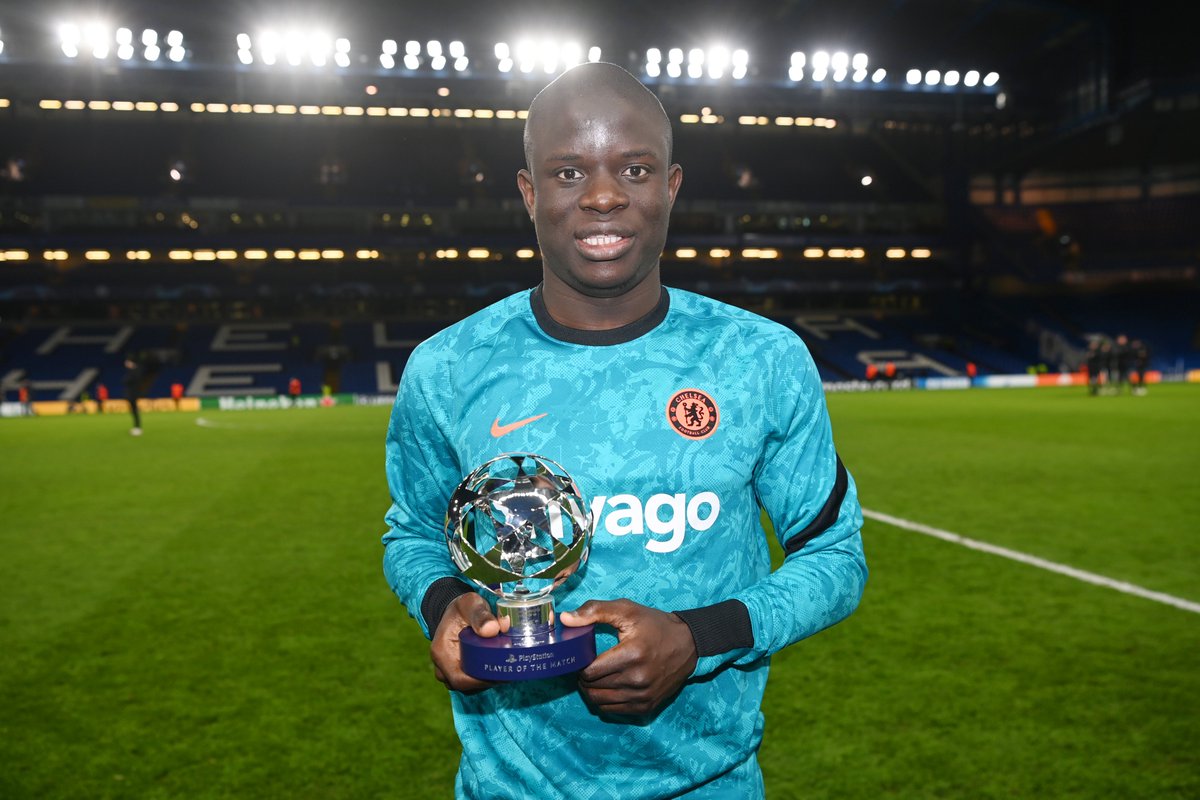 French World Cup winner N’GoloKante was named the best player at the end of the UEFA Champions League (UCL) last 16 first leg clash between holders Chelsea and French champions  Lille at Stamford Bridge on Tuesday. Kante was the man-of-the-match as he propelled Chelsea to a 2-0 win at home to Lille in the first half of the round of 16 thus taking a step towards the quarterfinals.

Kante has struggled with injuries this season, but his performance against Lille was  a timely reminder of his quality. He was one of the best players in the Champions League last season in addition to being seen as the best defensive midfielder by a lot of football stakeholders.

The Frenchman won the best player award in the first leg of the Champions League semi-final tie with Spanish giants Real Madrid last season and also repeated the feat in the second leg of the same tie. Kante also won the same award in the final clash with Premier League rivals Manchester City as Chelsea won the competition for the second time via a 1-0 win thanks the first half strike from German international Kai Havertz. The French midfielder became the first player to win the man-of-the-match award in both legs of the Champions League semi-final tie and in the Champions League final. His heroics in the Champions League ensured that he finished fifth in the Ballon d’Or rankings for last year behind French senior national teammate Karim Benzema, club teammate Jorginho, Bayern Munich striker Robert Lewandowski and Paris Saint Germain (PSG) playmaker Lionel Messi.

Kante was the provider of the second Chelsea goal during the Lille game in the 63rd minute. The strike from American international Christian Pulisic doubled the lead given to the Blues by German star Kai Havertz inside the first seven minutes.