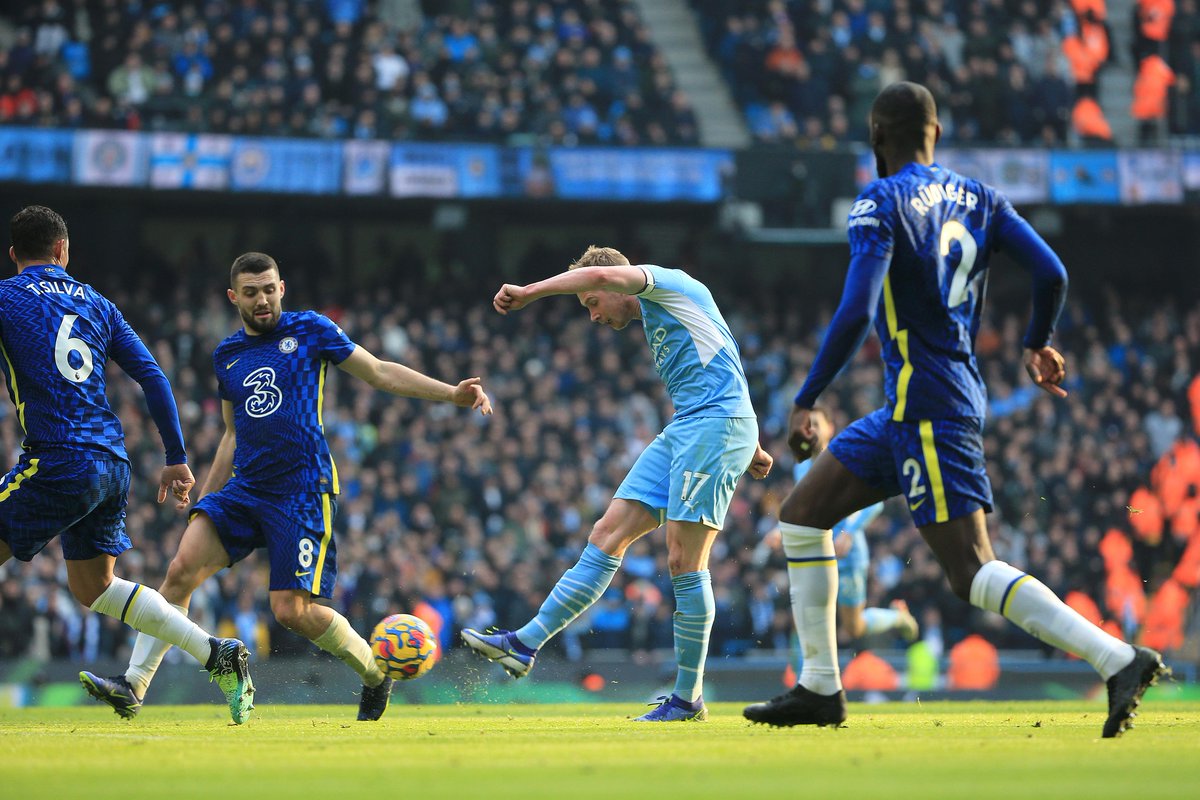 Chelsea fans have seen their Premier League title hopes vanish before their eyes after they went 13 points behind leaders Manchester City on the log courtesy the 1-0 defeat suffered at the hands of the defending champions. Blues boss Thomas Tuchel stressed the importance of the away game against Manchester City inhis pre-match press conference and how Chelsea can boost their title hopes with a positive result. In the end, those title hopes are almost non-existent after Kevin De Bruyne came back to haunt his former club.

After a goalless draw at the end of the first 45 minutes, Manchester City and especially De Bruyne seized the initiative to get the three points thanks to a very good goal from the former VFL Wolfsburg playmaker against his former employers. His goal arrived on 70 minutes off the assist from Portuguese fullback Joao Cancelo and it was enough to give Manchester City a 1-0 win over Chelsea. The goal from De Bruyne ensured that Manchester City won their two league games against Chelsea this season. In their first league meeting this term, Brazilian international striker Gabriel Jesus scored the only goal of the game to give the Citizens a 1-0 away win at the expense of Chelsea.

In the battle of two high profile managers namely Pep Guardiola of Manchester City and Thomas Tuchel of Chelsea, Guardiola has now won the last two meetings between them after losing the first three since Tuchel was appointed the Blues boss at the start of last year. He was the man who replaced club legend Frank Lampard when the Englishman was sacked for the poor run of results in the league.

After 22 games in the Premier League, Chelsea are still the nearest team to Manchester City with 13 points separating the two teams.