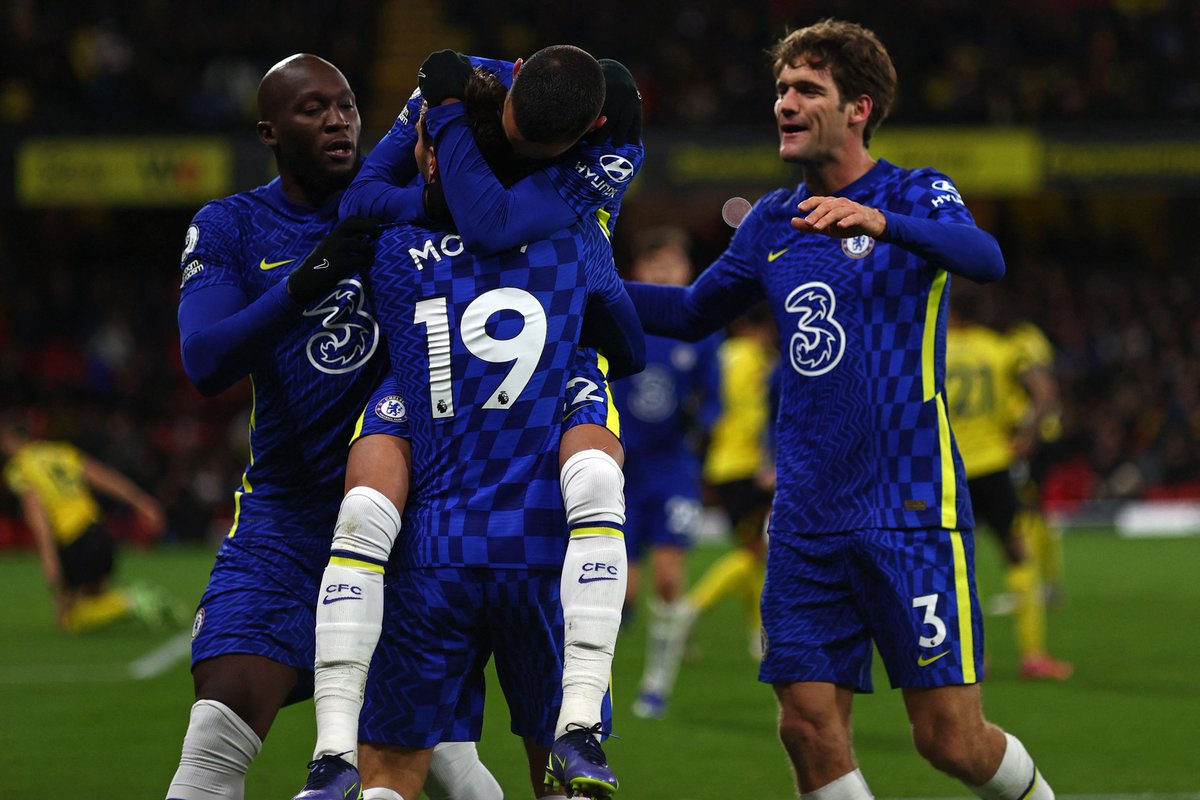 West London giants Chelsea are back to winning ways after a hard-fought victory at Watford in their Premier League duel on Wednesday. Chelsea had to dig deep to get the three points and return to victory ways on the back of the disappointing home draw with Manchester United on Sunday.

Watford were the better team in the opening exchangesbut they could not find a way past Senegalese international Edouard Mendy in the Chelsea goal. Chelsea weathered the early storm to take the lead on the half hour mark through England national team midfielder Mason Mount off the assist from German attacker Kai Havertz.

Watford were unlucky to go behind to the goal from Mount, but that didn’t stop the Hornets from continuing to take the game to the Blues. Their bravery was rewarded a minute from the half-time interval when in-form Nigerian attacker Emmanuel Dennis scored a well deserved equaliser for his team. The 24-year-old Nigerian has now scoredin each of his last three games with his strike against Chelsea.

Dennis scored one goal and one assist as Watford beat Manchester United 4-1 at home to start the current run of a goal each in the last three Premier League games. The ex-Club Brugge attacker also had a goal and an assist for Watford during the 4-2 away defeat at the hands of Leicester City.The goal against Chelsea made it three goals in three games for Dennis.

In the second half,Chelsea found a way to win the game thanks to the goal from Moroccan substitute Hakim Ziyech who had come on for the injured Trevor Chalobah on the hour mark. Englishman Mount moved from scorer to provider after he provided an assist for the winning goal scored by Ziyech.

The slim 2-1 win ensured that Chelsea stayed at the Premier League summit for a few days at least.