Chelsea manager Frank Lampard believes Mason Mount is ready to make the first-team after a strong showing against Barcelona in pre-season. The England youth international started in the number 10 position against the Blaugrana and he managed to produce a commendable performance without finding the net. 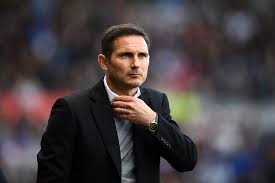 Speaking after the 2-1 friendly triumph, Lampard said that Mount has announced himself into the first-team squad with the display against the Spanish champions. He added that the Japan tour has served the purpose of enhancing the fitness of the players and they need to keep working hard before the season opener against Manchester United next month.

He said: “Mason’s had a great trip and he’s announced himself into the first team squad.We’ve had two difficult games in humidity. The tour has served its purpose. We need to be fit and ready for Manchester United, and the clock runs down pretty quickly at this stage. Now we just have to keep working. It’s been a good tour and it’s always good to come to Japan. Most importantly it is work and both games have been good exercises for us.”

Mount, who penned a long-term deal with the Blues this month, has been a regular member of Lampard’s team for pre-season and he has started three of the club’s four matches. There had previously been doubts whether he could make the breakthrough with the Blues during the forthcoming campaign, but any uncertainty may have been erased with him being able to orchestrate the play with relative ease.

Still, the youngster cannot take his position for granted with the number of senior players in the club’s ranks and the remaining pre-season matches could decide whether he can command a starting role when the Premier League season begins. Chelsea face United on the road in the curtain raiser.

Look, if we must lose Kenedy perhaps this is the best way to do it? ... See MoreSee Less

Chelsea are working hard to secure a deal for Jules Kounde from Sevilla.The Spanish giants are open to selling the young French centre-back, but only for a mega
View on Facebook
· Share

Chelsea are ready to table a mammoth offer to sign Romelu Lukaku from Inter Milan.Inter are enduring financial difficulties and Chelsea want to take advantage o
View on Facebook
· Share

It really hasn't worked out for Eden since he left us, has it? ow.ly/zsq930rPKvy ... See MoreSee Less

Carlo Ancelotti is eager to see Real Madrid management trim his squad.ABC says Real coach Ancelotti wants a squad of 23 players - no more - and is in agreement
View on Facebook
· Share

Do we really want to sell him after yesterday? ... See MoreSee Less

Chelsea striker Tammy Abraham is eager to join Arsenal this summer.The Sun says Chelsea were believed to be seeking a £40million fee for the England internatio
View on Facebook
· Share

See highlights of Chelsea's preseason victory at Arsenal on Sunday.Watch below (and for more videos click here):Chelsea won 2-1 on Sunday afternoon as they
View on Facebook
· Share