England international Ben Chilwell has expressed his delight after making the switch to Chelsea from fellow Premier League side Leicester City. The left-back was on the radar of Frank Lampard since the beginning of the year and the Blues finally landed his signature after agreeing on an initial fee of £50m with the Foxes. He […]

END_OF_DOCUMENT_TOKEN_TO_BE_REPLACED 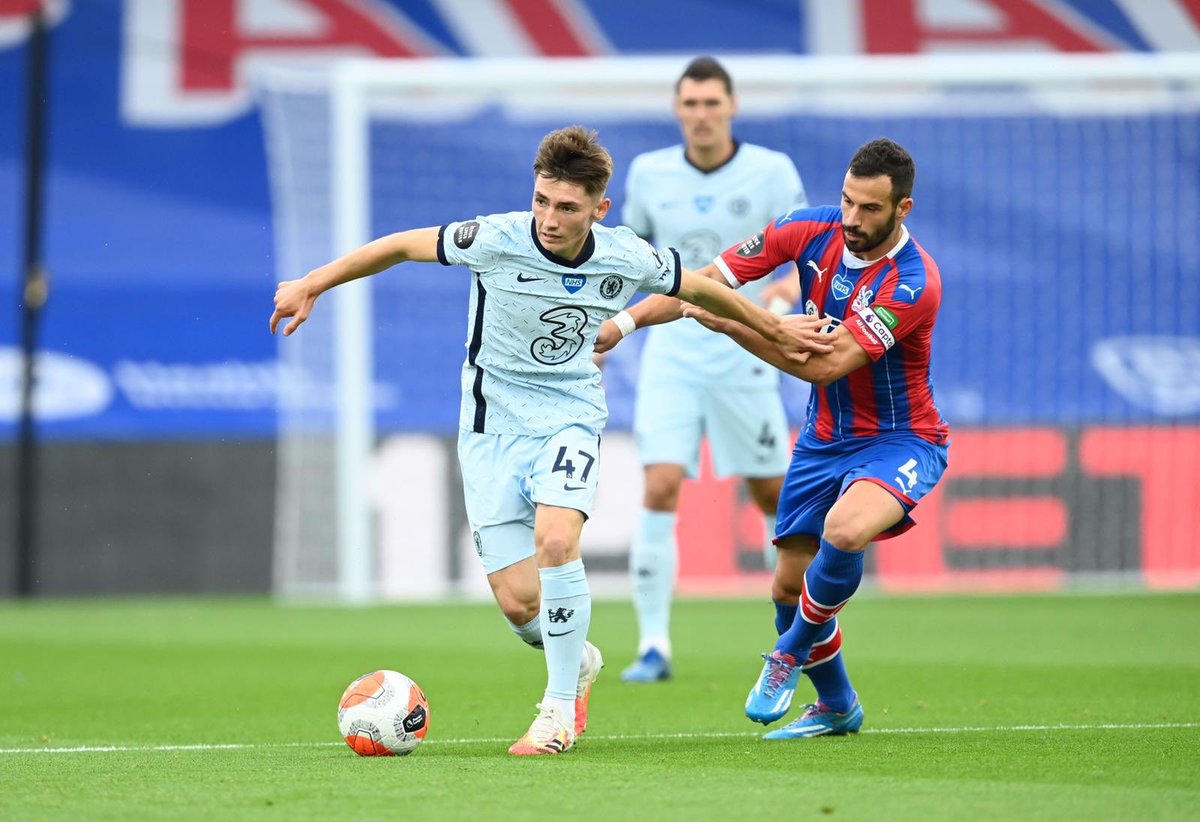 Chelsea manager Frank Lampard has confirmed that Billy Gilmour will miss out four months as he will be undergoing knee surgery. He suffered the injury in the game against Crystal Palace when he had a collision with the opposite player Luka Milivojevic. Chelsea won the match for 3–2. Lampard on Friday confirmed that the player […]

END_OF_DOCUMENT_TOKEN_TO_BE_REPLACED

Chelsea manager Frank Lampard has denied the speculations regarding the interest of the club on Angel Gomes who has departed from Manchester United and they have also denied any interest on the West Ham United footballer Declan Rice. Gomes has cut down the ties with Manchester United as he didn’t agree with the renewed contract […]

END_OF_DOCUMENT_TOKEN_TO_BE_REPLACED

Willian wants to finish his football career at a high level says his agent Kia Joorabchian. His future plans at Chelsea has not yet been confirmed and there have been discussions between the club and him. He joined Chelsea in 2013 from Anzhi Makhachkala for £30 million. Since his arrival, he has been the constant […]

END_OF_DOCUMENT_TOKEN_TO_BE_REPLACED

Christian Pulisic should be prepared for rivals in the team as Chelsea will be signing new players in the summer transfer window says, Craig Burley.  He also said that even amid the presence of other players, Pulisic can play a big role in the club for the next season. Chelsea has marked down several players […]

END_OF_DOCUMENT_TOKEN_TO_BE_REPLACED 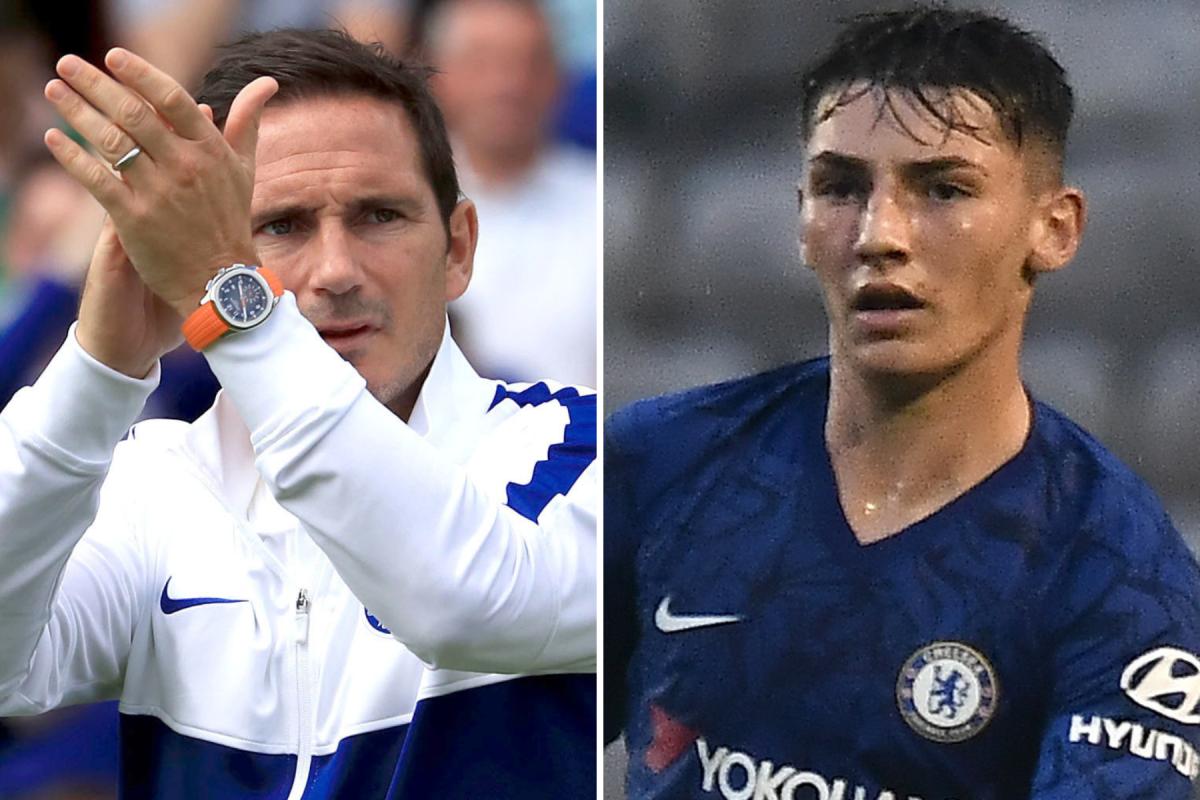 Lampard in a recent interview has said that the traces of one of the great midfielder Paul Scholes can be seen in the 18-year-old Billy Gilmour. He also supports the statement of Roy Keane on the rising star. Before the suspension of football activity due to the spread of coronavirus, the player has appeared in […]

END_OF_DOCUMENT_TOKEN_TO_BE_REPLACED

Chelsea legend John Terry believes the Blues should make a big-money move to sign Jadon Sancho from Borussia Dortmund this summer. The west London side have been inconsistent during the backend of the 2019/2020 season under Frank Lampard and they are still holding onto the fourth spot in the standings which would guarantee them Champions […]

END_OF_DOCUMENT_TOKEN_TO_BE_REPLACED

Chelsea captain Cesar Azpilicueta believes the Blues must improve on home form for the rest of the season in order to end the season on a good note. The west London outfit have been largely inconsistent at home when compared to their travels this term and that has hampered their prospects of staying clear of […]

END_OF_DOCUMENT_TOKEN_TO_BE_REPLACED

Frank Lampard’s appointment as Chelsea manager has gone well so far, with the club fans optimistic about the future of the club, and the players seem to be equally looking forward to the future. One of the major hopes of the club is that more youth players make the grade at the club and Lampard […]

END_OF_DOCUMENT_TOKEN_TO_BE_REPLACED

Three years ago, British eSports company Gfinity opened Britain’s first ever eSports stadium, just a stone’s throw away from the doorsteps of Stamford Bridge. Three years later, the multititled tenants of that hallowed stadium has formally joined in on the eSports craze. The Premier League, in partnership with game developer EA Sports, launched last October […]

END_OF_DOCUMENT_TOKEN_TO_BE_REPLACED

The kid's class. It's going to be good watching him regularly at Prem level! ... See MoreSee Less

Ben Gibson has waxed lyrical about new Norwich City teammate Billy Gilmour.The 20-year-old has arrived at Carrow Road on a season-long loan from Chelsea, having
View on Facebook
· Share

Chelsea striker Michy Batshuayi is a surprise target for Inter Milan.Batshuayi is available from Chelsea this summer after spending last season away with Crysta
View on Facebook
· Share

Thoroughly deserved! The first of many! ... See MoreSee Less

Chelsea boss Thomas Tuchel has been named Germany Manager of the Year by Kicker magazine.Voted for by a poll of German football journalists, the award has been
View on Facebook
· Share

We should just sell, I don't get why we keep him? ... See MoreSee Less

What do you make of this? Would he get game? ... See MoreSee Less