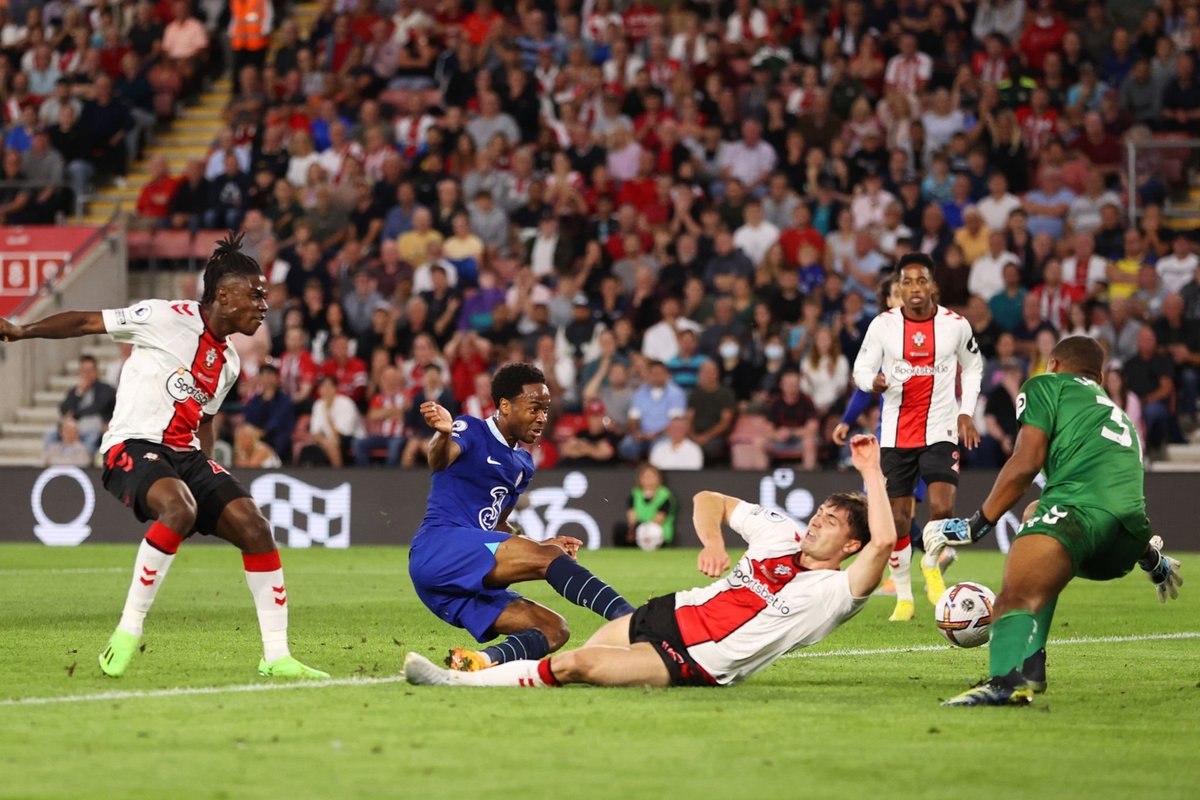 England international Raheem Sterling was able to continue his fine form after he scored the opener in the colours of Chelsea during the 2-1 defeat at Southampton in a Premier League duel played on Tuesday night.

Sterling became a Chelsea player when they paid an initial fee of around £47.5m plus add-ons for his transfer from Premier League champions Manchester City this summer. The Englishman has scored three goals in five Premier League games since his transfer. He didn’t score in the first league game which ended in a 1-0 away win over Everton. The England international also didn’t end up with a goal in the second league game which ended in a 2-2 draw with Tottenham Hotspur at home in a London Derby clash. Sterling was also not on the scoresheet as Chelsea were beaten 3-0 at the home of Leeds United for their third league game.

Former Liverpool attacker Sterling scored his first goal for Chelsea when he openedthe scoring during the second half of the 2-1 win over Leicester City at home for their fourth league game. He added his second goalto edge Chelsea 2-0 up before England international Harvey Barnes pulled one back for Leicester City to setup a grandstand finish. In the end, Chelsea held on for their first home win of the new league season. It must be pointed out that Chelsea played around one hour of the Leicester City game with ten men after England senior national team midfielder Conor Gallagher was sent off in the first half for two yellow cards.