Former Chelsea manager Ruud Gullit has said that Maurizio Sarri has made a mistake with the signing of Jorginho during last summer’s transfer window. The Italy international was reunited with Sarri during the summer following their stint together at Napoli but the move has not worked out with the midfielder lacking the positional awareness on numerous occasions. 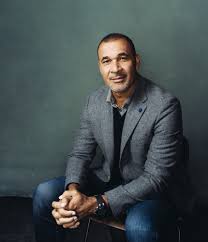 Speaking to BeIN Sports, Gullit has been far from impressed with the performances of Jorginho and has suggested that Sarri made a mistake, given he already had N’GoloKante, who had excelled in the holding midfield role over the past few years. He added that the Blues have also been found out at the back and this has equally contributed to the downtrend in league form since the turn of the year.

“I think the first mistake he made was Jorginho, to bring him in. You had already the best holding midfielder, Kante – world champion. Now he wants to play them both. Kante’s not scoring goals for you. So he has a huge problem in midfield and he has a huge problem at the back as well,” he said following the Blues’ FA Cup exit.

Chelsea were fancied to come up with a good performance against Manchester United during the FA Cup fifth round, given they had recently received a boost with both Anthony Martial and Jesse Lingard on the treatment room. Despite this, they struggled to outsmart the Red Devils in front of their supporters and they eventually suffered a 2-0 defeat with Ander Herrera and Paul Pogba on the scoresheet.

With that, they won’t be able to defend their FA Cup crown but they still have the chance to secure silverware with a League Cup final against Manchester City this weekend. They are certain to start on the backfoot after the 6-0 league hammering at the Etihad earlier this month and it remains to be seen whether they can contain the Citizens’ attack to register what can be deemed a shock triumph.